Uranium mineralization was encountered in three of the seven drill holes completed during the summer exploration program, following up on the winter 2022 discovery of high-grade mineralization approximately 800 metres to the west of the Alligator Zone. The discovery from the winter 2022 program was highlighted by drill hole WF-68, which returned a mineralized interval of 5.91% eU3O8 over 3.9 metres (see press release dated March 29, 2022). Figure 1 and Figure 2 depict the location of the Alligator Zone and the 2022 summer drilling, respectively.

Andy Yackulic, P. Geo., Denison’s Director, Exploration, commented, “The mineralized intersection from WF-74A represents the best mineralized hole drilled on the Waterfound property to date, and highlights the potential for the discovery of additional high-grade uranium mineralization further along strike to the west of the Alligator Zone.  The mineralization in WF-74A appears to be offset to the north when compared to the interpreted location of mineralization previously discovered in WF-68. This offset is notable, as it potentially indicates that a later, cross-cutting fault may be present between WF-74A and WF-68. The area to the west of WF-74A is sparsely drilled, thus leaving several kilometres of the fertile La Rocque conductive corridor open for follow up.”

Drill hole WF-74A was completed approximately 40 metres west of WF-68 and intersected a broad zone of uranium mineralization grading 4.75% eU3O8 over 13.3 metres (0.05% eU3O8 cut-off), hosted within faulted Athabasca sandstone. The mineralization in WF-74A represents the best mineralized intersection drilled to date on the Waterfound property, and is highlighted by multiple narrow intervals of high-grade uranium hosted within fault strands, interpreted to represent the brittle reactivation of the D-1 conductor.

At the conclusion of the summer drill program, the mineralization intersected in WF-74A remains open along strike to the west and across strike in both directions. Additional drilling is required in this area to resolve the structural controls on the high-grade mineralization in WF-74A.

The mineralized intersections from the 2022 summer exploration drilling program are illustrated in Figure 2 and summarized in Table 1 below.

Following the completion of a drill hole, the hole is radiometrically logged using a downhole slimline gamma probe, which collects continuous readings of radioactivity along the length of the drill hole. Probe results are then calibrated using an algorithm calculated from the comparison of probe results against geochemical analyses in the area. The gamma-log results provide an immediate radiometric equivalent uranium value (eU%, then converted to eU3O8%) for the hole, which, except in very high-grade zones, is reasonably accurate. The Company typically reports eU3O8, as a preliminary result and subsequently reports definitive assay grades following sampling and chemical analysis of the mineralized drill core.

All assayed core is split in half, with one half retained and the other sent to the SRC Geoanalytical Laboratory in Saskatoon for analysis. Control samples are routinely assayed with each batch of core samples analyzed.

The Waterfound River property is located within the eastern portion of the Athabasca Basin region of northern Saskatchewan, approximately 40 kilometres northwest of Denison’s 22.5% owned McClean Lake mill. The Waterfound JV is an unincorporated contractual arrangement between Orano Canada (62.4223%), Denison Mines Inc. (11.7767%), and JCU (Canada) Exploration Company, Limited (25.8010%). Denison holds an effective 24.6772% ownership interest in the Waterfound JV through its direct interest in the joint venture and its 50% ownership of JCU.

Denison is a uranium exploration and development company with interests focused in the Athabasca Basin region of northern Saskatchewan, Canada.  The Company has an effective 95% interest in its flagship Wheeler River Uranium Project, which is the largest undeveloped uranium project in the infrastructure rich eastern portion of the Athabasca Basin region of northern Saskatchewan.  Denison’s interests in the Athabasca Basin also include a 22.5% ownership interest in the McClean Lake joint venture, which includes several uranium deposits and the McClean Lake uranium mill that is contracted to process the ore from the Cigar Lake mine under a toll milling agreement, plus a 25.17% interest in the Midwest Main and Midwest A deposits, and a 67.01% interest in the Tthe Heldeth Túé (“THT”, formerly J Zone) and Huskie deposits on the Waterbury Lake property.  The Midwest Main, Midwest A, THT and Huskie deposits are each located within 20 kilometres of the McClean Lake mill.

Denison is also engaged in post-closure mine care and maintenance services through its Closed Mines group, which manages Denison’s reclaimed mine sites in the Elliot Lake region and provides related services to certain third-party projects.

The technical information contained in this release has been reviewed and approved by Mr. Andrew Yackulic, P. Geo., Denison’s Director, Exploration, who is a Qualified Person in accordance with the requirements of NI 43-101. 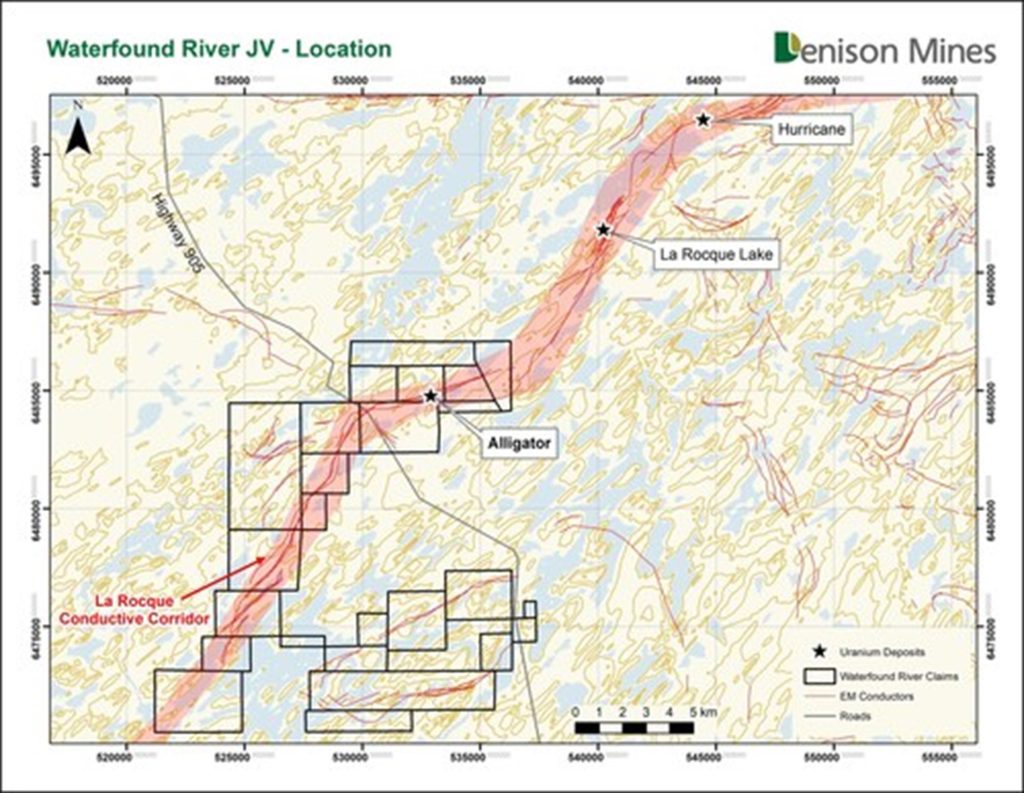 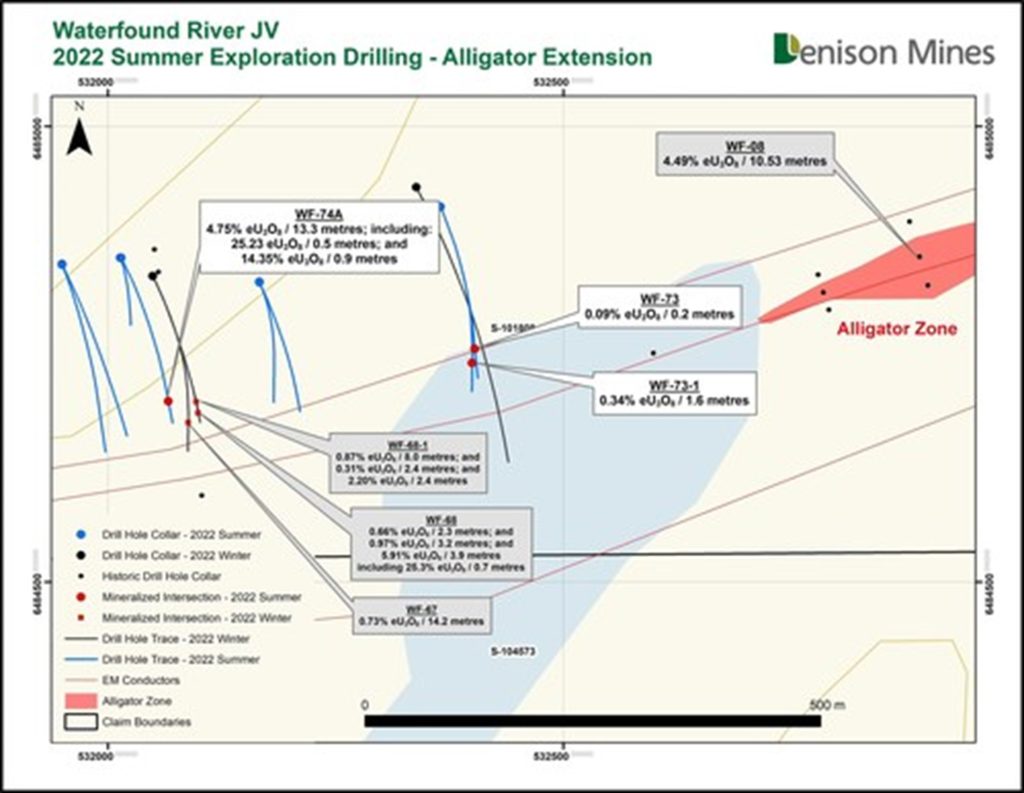 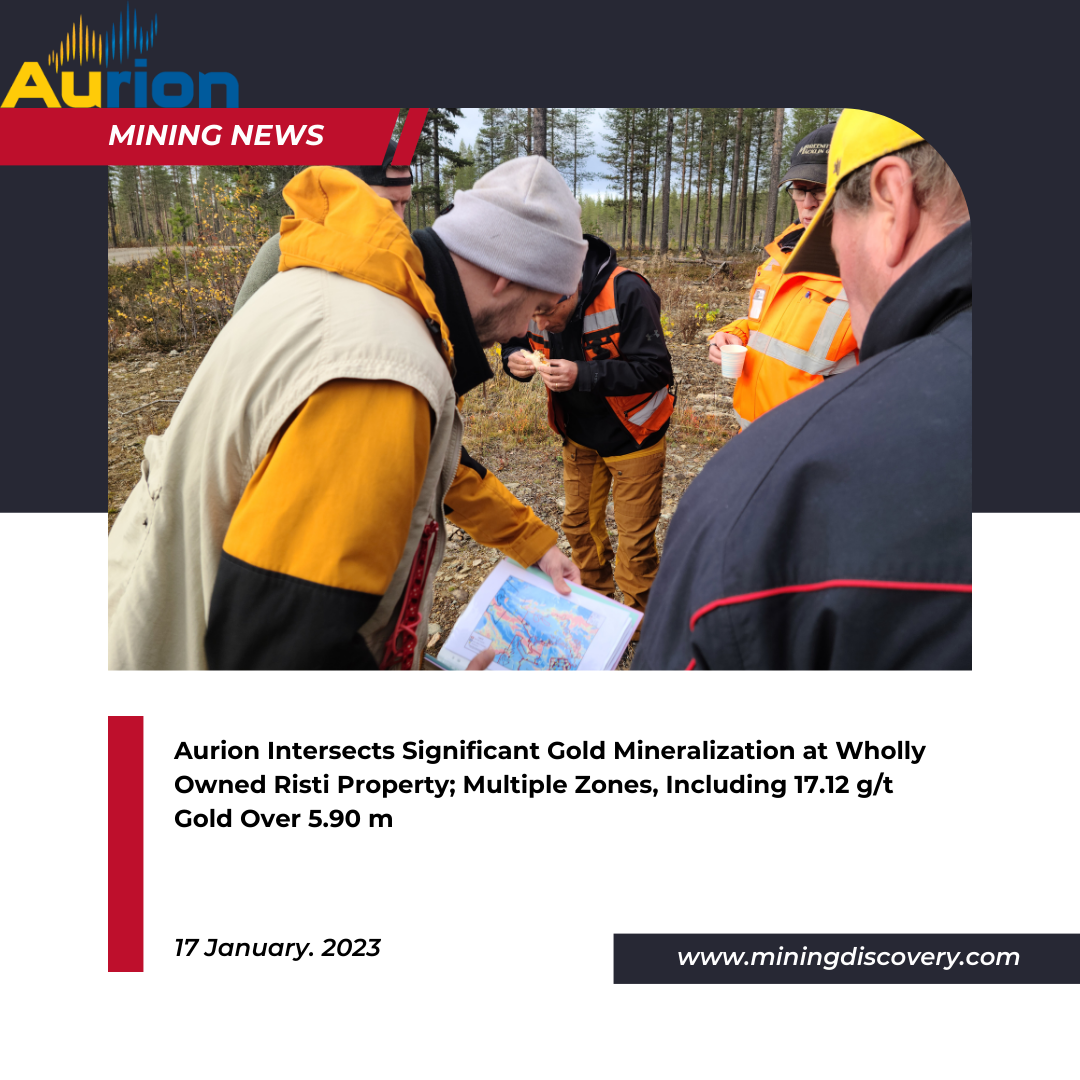 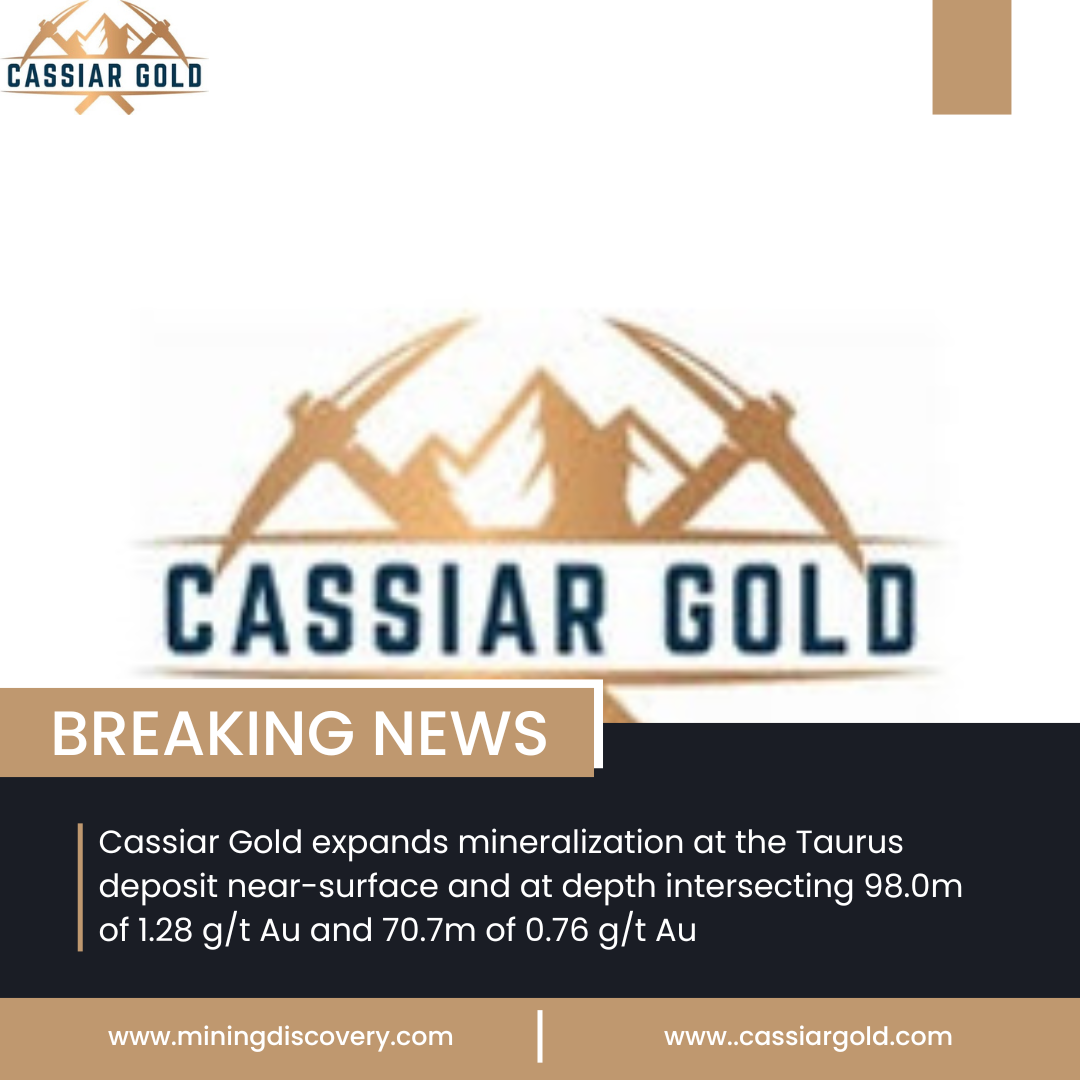